This year’s line up for the 20th Abergavenny Food Festival has been announced. The festival runs over the weekend of 15/16 September.

Travelling to Abergavenny from Cwmbran

The town is just a 15-minute  train ride from Cwmbran station or a 45-minute bus ride on the X3. Check Traveline Cymru for timetable information.

What’s on at Abergavenny Food Festival?

Visitors can enjoy talks and debates from the likes of restaurant critic Grace Dent and chef José Pizarro, to masterclasses and demos from Jack Stein, Hang Fire BBQ, Zoe Adjonyoh and Anna Jones. There are also feasts with Skye Gyngell and A Welsh Sunday Lunch with Wright’s Food Emporium and chef forager Matt Powell.

First held in 1999 set up by two farmers in reaction to the BSE crisis, the festival has long been known to challenge the status quo, never afraid to shy away from the food and farming issues of the day, and has drawn some of the most vociferous, innovative and industry leading lights from the food & drink and farming industries.

These and more new events have just been added and tickets are on sale now. Visit the festival website to buy tickets.

Riverford have been popping up in venues all around the country with their spectacular organic feasts. Next, they’re bringing the flavours of the farm to Abergavenny!

This is the food they’re famous for: creative, colourful dishes made with the freshest seasonal veg, straight from their fields. All the dishes are vegetarian – they hope to leave you with bags of inspiration to make the most of a veg box at home. In the same unique style as their Field Kitchen restaurant, everyone sits together at large tables, with generous platters to pass around and share.

Skye Gyngell, one of Britain’s most respected and acclaimed chefs, will be bringing her groundbreaking Scratch menu to Abergavenny, with the aim of providing a delicious, nutritious meal using ingredients that are often overlooked.

Dishes will be created using ‘waste’ produce – think organic ingredients such as beetroot tops and potato skins turned into simple soups, the trimmings from fresh pasta, baked with a little leftover cheese or yesterday’s bread transformed into warm bread pudding served with a spoonful of last year’s Fern Verrow gooseberry jam. Forty percent of all fruit and vegetables grown in this country are discarded before ever reaching a shop shelf as they are considered ugly, misshapen, too big, too small or simply have the odd hole here and there. Through the Scratch menu, Skye will draw attention to the fact that this produce, despite its appearance is still truly delicious and that food waste is an important issue. 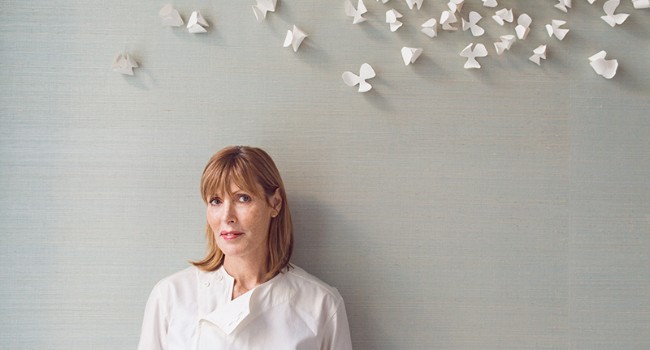 Wright’s Food Emporium in Llanarthney will be teaming up with Pembrokeshire chef and foraging expert Matt Powell to present an über Welsh, hyper-seasonal menu sourced directly from the country’s incredible landscape.

Guests will enjoy a leisurely Sunday lunch made up of dishes that represent a true taste of Wales and showcase the indigenous ingredients, plants and wild edibles often overlooked as people source their food more from supermarkets than the seashore. Join us for this special 20th festival celebration of truly Welsh cuisine.

Salt and Caramel: A Lesson in Deliciousness

Come and taste salted caramel like you have never tasted it before! Join acclaimed sea salt experts Halen Môn, and renowned master chocolatier Marc Demarquette as they take you through a lesson in the nation’s favourite ingredient combination. They’ll start with a tutored comparative sea salt tasting with an overview of what makes Halen Môn a superior seasoning. Then they’ll look at how adding this most magical of ingredients affects Marc’s indecently good caramels.

From Pasture to Plate with Neal’s Yard Dairy

In this tasting, Neal’s Yard Dairy will lead you on the journey their cheeses take from pasture to plate. You’ll be presented with a selection of British cheeses to taste and be introduced to the farms where they are produced, encompassing the special character and heritage of each one. They will then give you an inside look at how Neal’s Yard Dairy selects their cheese, the unique and integral relationships they have with the cheese makers, and how they work together to maintain classic styles and refine new recipes.

We’re all partial a bit of smoked salmon, but have you ever wondered what the process behind the finished result is? And what other food apart from fish can be smoked? Join Jonathan Carthew from Black Mountains Smokery as he guides you through the journey of the smoking process. There’ll be plenty of chances to sample a variety of smoked products too – from traditional smoked salmon to oak roasted salmon, smoked chicken and duck as well as some really rather moreish smoked cheese. 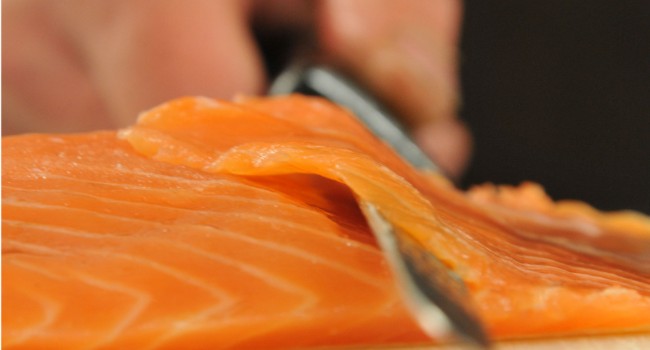 Leading UK producer James Swift of Trealy Farm Charcuterie, joins Elisabeth Paul of the Italian cooperative of Valli Unite, whose work includes research conducted with the Nordic Food Lab, to talk you through the varied uses of blood; from its chemistry and culinary properties, to its use in a range of traditional products from different cultures. This event is designed to give food lovers an overview of the history and culture of blood, with a chance to sample different blood puddings; from UK black pudding to French boudin noir and regional Italian blood products.

Now in its eighth year, Severn and Wye Smokery will be releasing approximately 20,000 eels at Llangorse Lake as part of its eel restocking programme. It is estimated that since starting in 2010, Severn & Wye have restocked British waters with over 500,000 eels and engaged with over 10,000 school children. This year’s guest chef is Freddy Bird from Bristol’s Lido who will be helping with a BBQ for those attending. The event is free and open to all who want to participate in the eel release.

Real Kombucha will be at the festival this year with their “Booch Bus” – the first kombucha bar at Abergavenny Food Festival. Based in the Chiltern Hills, the brewery is only a year old, but they’re already being served in over 40 Michelin-starred restaurants, and are listed in close to 500 hotels, pubs and restaurants across the UK. Hugely popular as a food-pairing alternative with a great meal, they won a 5-star review in The Times’ Non-Alcoholic Taste Test last year.

Please keep an eye on social media or sign up to the newsletter to receive festival news first.

A statue of Christ the Redeemer has appeared in Cwmbran

Cwmbran to get its own sandy beach for the summer. Artist’s impression and Audioboo

Cwmbran’s Scene 123 Cinema. Meet the man who locked the door for the last time after 40 years of films

End of an era for the town. Cwmbran Scene 123 has shown its final film.

Don’t suffer in silence- One in four women and one in six men are affected by abuse at some point their lifetime.

Bronze for Cwmbran's Dave Phillips at the European Para-Archery Championships